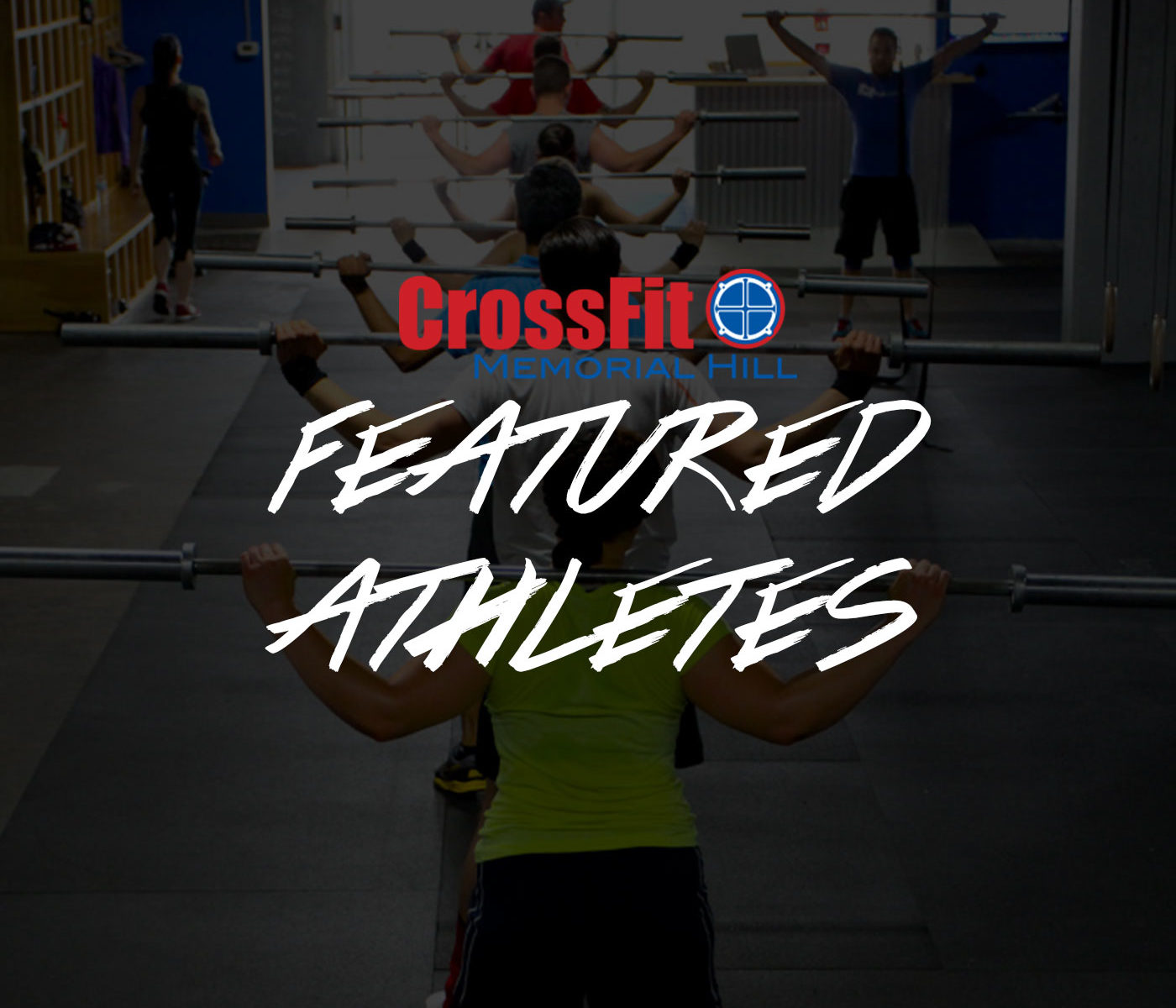 Mat has been a member at the Hill since the very early days. He’s seen the community grow, evolve, and find its way. Similarly, we’re honored to have been a part of Mat’s growth. Our team of coaches collectively echoed their appreciation for Mat’s attitude – particularly the attitude with which he approached his recent traumatic accident in which he broke his neck, nearly severing his cervical spine. While many would ask “why me” in this circumstance, Mat’s attitude exuded gratitude and opportunity. Mat has grown to truly embody our Athlete Core Values: Coachable, Hardworking, and Positive. Well deserved, Mat. -Scanny.

What’s your athletic background? Probably similar to most folks – HS sports, including one year of terrible golf – Played Australian Rules Football for a decade or more and played three years with the US national squad (US Revolution) and played Rugby through college and a little post college.

What was your first experience with CrossFit? When did you start? I thought I was doing some CF style workouts from dot com – I’d been doing those on my own for a while. When I joined the US team I wanted to ramp up my training and I searched for some local boxes.

Why did you choose CrossFit Memorial Hill? Scanny is likely dreading this answer – The Hill was the first “box” I really worked out in – I showed up a few weeks after they opened their doors. I sent Matt and email and though I can’t remember exactly what it said the general gist was that I was training for the US national team and I’m not sure if CrossFit would be “enough” for me. Matt politely replied to show up for a workout at 11am on Saturday, where Mitch, Chad, and Scanny proceeded to put me through this insanely stupid hard workout. At the time, I had no idea, but they totally did it to ruin me and make me eat crow. I was already hooked and that same night I saw them all out at Hickok’s (RIP) and I was sold. That was years ago, and I haven’t looked back.

What keeps you coming back? The easy answer would be the people – I’ve legitimately met some of my lifelong best friends here. I’ve been in multiple weddings – lived with people – and honestly made lifelong memories with lots of folks I’ve met at The Hill. The long answer is also the people, but it’s a testament to what Matt’s built. I’ve seen many “versions” of The Hill from back in the day when there were 6 owners and it was a buddy comedy meets CrossFit box. To the professional and well oiled machine it is today. Josh has been a invaluable addition to the gym and him and Matt’s vision is clearly echoed through all the staff. The Hill has always put people first, whether that’s just taking the growing pains to figure out what makes sense for a broad spectrum of athletes or Matt riding his scooter over after and delivering me eat fit go after I got the word that I had a broken neck. The range is incredible and it’s impressive how the staff and community can make everyone who walks through that door feel like they belong despite their fitness/athletic background.

Why do you live in KC- job? school? other? And how do you like to spend your free time? I live in KC because it has somehow managed to suck me in. I’ve tried to go places that have mountains but fate has kept me in Kansas City. I love this City, it’s home for me, and it appears that isn’t changing in the near future. In my free time I love to cook, I love being outdoors, off-roading in my jeep, I snowboard every chance I get in the winter, and I often enjoy some traveling.

What do you like about KC? Have I mentioned the BBQ? The people here are genuine, the food is awesome, there’s a lot of little secret places to explore, it’s cheap to live here which makes traveling often easy.

What are one or two improvements you have seen in your life since starting CF? I’ve grown more personally from being a member and it’s a credit to all the people around. I’m more approachable and easier going than I was in my youth.

What are your goals for 2018? Continue the recovery and as always, look more like Jake and Less like Gary.

What would you say to someone thinking about starting CF? Don’t do it – You’ll probably end up getting addicted and start making better life choices, eat healthier and find a group of like minded individuals who want more out of life than just status quo. For that, the common person will tell you that you’re in a cult… In all seriousness I always tell people that CrossFit may not be for them, but they’ll never know if the don’t try. I like CF in general because wherever I’ve been there’s always something in the DNA of people at any box, and it’s that they want more out of life. Professional, personally, in their training they’re generally just not the kind of people who accept a “show up and do the minimum mentality”.

What’s your favorite cheat meal? But seriously… have I mentioned that KC has badass BBQ?

Anything else you would like to share with The Hill family? If you’re still reading this, thanks for being awesome and thanks for all the support, especially over this last year. It’s been a wild year to say the least and y’all are a great community. Thanks for being kickass and supportive – I’m looking forward to having fun during The Open, and Scanny willing, I’ll sneak in some country music to a workout. The Open is the best time of the year at The Hill and if you haven’t experienced it before, do whatever you can to make it every Friday night – even if you can only watch.

« Getting to Know Coach Brianna

In Health Knowledge is NOT Power »

We'd love to send you information about our pricing

Enter your email in the field below and we'd be happy to show you our rates and explain them in detail!